The Caoineag: Mournful Spirit of the Glens

The Caoineag (KHOO-nyak) is a Scottish spirit similar to the Irish banshee. Her name derives from the Gaelic caoin, meaning weep, and caoidh, meaning mourn. She is one of the Fuath, the malevolent spirits or fairies that inhabit Scotland’s waters.

Each clan has it’s own Caoineag attached to it that foretells the death of clan members and mourns for those slain in combat. She is very rarely seen but her wailing and weeping can be heard at night near waterfalls, streams, and other bodies of water. When her cries are heard the question is asked, Co tha siad? Who is that? And the answer is given, Co ach Caoineachag, co ach Caoineachag bheag a bhroin. Who but Caoineag, who but little Caoineag of the sorrow.

The Caoineag’s harrowing cries understandably caused great anxiety to those who heard them, especially before a battle. The Caoineag of the MacDonalds was heard sobbing for several nights before the Massacre of Glencoe. This well-known portent of impending doom was acknowledged by the residents of the Glen and prompted many people to leave before the Massacre, escaping the terrible fate that befell those who remained.

Little Caoineag of the sorrow
Is pouring the tears of her eyes,
Weeping and wailing the fate of Clan Donald.
Alas my grief! that ye did not heed her cries.

An old tale from the Rinns of Islay tells of the Caoineag of the Clan MacKay. When death was imminent in the clan, it was customary for the Caoineag to visit the sick person’s house and forewarn the family by wailing mournfully outside the front door. As soon as her cries were heard, the family knew that all hope was lost and the end was at hand.

One night, many years ago now, the Caoineag visited the home of a gravely ill man and began her weeping outside the windward door of the house. The family heard her sorrow and one of them was so full of pity for her that he quietly slipped out the leeward door and left a plaid on the ground behind her. He then returned inside and called to her, ‘Come to the sheltered side of the house, poor woman, and cover yourself with a piece of my plaid’. The Caoineag’s lamenting suddenly stopped, and she has not been seen or heard in the Rinns since.

It is also in Islay’s mythology that an overlap with the folklore of the Bean Nighe (ben-NEE-yeh), the Washerwoman of the Ford, can be found. The Bean Nighe roams near streams and lochs where she washes the bloodstained clothes of those who are about to die, a harbinger of death akin to the wailing of the Caoineag. On Islay, the Caoineag is also a washer woman, and if her grim laundry is interrupted she will slap the person’s legs with her waterlogged plaid, causing them to lose the use of their legs altogether.

The Tale of The Cailleach, The Fox, and the Sun Goddess

Wordsmiths of the Waters:The Blue Men of the Minch 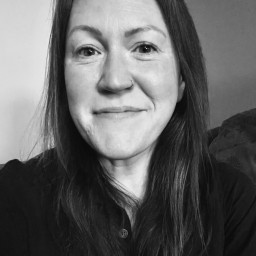